Exchange ideas in an easy and fun format

We created QiqoChat, because we believed that existing online platforms were only scratching the surface of what was possible in terms of online collaboriation and member-to-member engagement.

Qiqo stands for "Quality In, Quality Out" and we make that happen by adding light structure to each of the 12+ collaboration tools on the platform This structure helps group communication stay organized, especially as your group grows and more people join your live audio/video events or written conversations.

Because there is an emphasis on peer-to-peer knowledge sharing built in, QiqoChat is especially useful for groups where you want to empower your members to take the initiative, learn from each other, and collaborate. 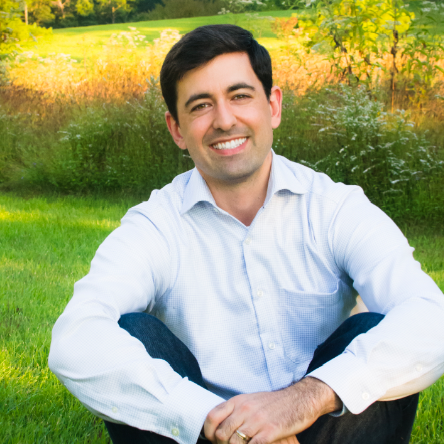 Lucas Cioffi (founder) is a software developer, entrepreneur, and combat veteran. He graduated from the US Military Academy at West Point and the US Army Ranger School.

He served one year in Iraq as part of the battalion featured in National Geographic's The Long Road Home. Living in a combat zone for one year inspired him to co-found a website for large-scale deliberation on complex public problems in 2006.

From 2009-11 he co-organized the OpenGov Community Workshop Series in partnership with six federal agencies (NASA, EPA, USDA, GSA, DOT, and Treasury). Lucas also served on the board of the 2000-member National Coalition for Dialogue and Deliberation for three years. Having been a community organizer, he built the tools here at Qiqo to help leaders of any community empower their members.

In August 2016, Lucas witnessed large-scale, race-based violence happen on the street where he and his family lived in Charlottesville, Virginia. Those events continue to motivate him to make Qiqo the best it can be for helping communities move from ideas to action.
FAQ How-To Guide Blog

Unleash Learning Across Your Organization

just 1¢/min per person
for video meetings
+ annual price (below)